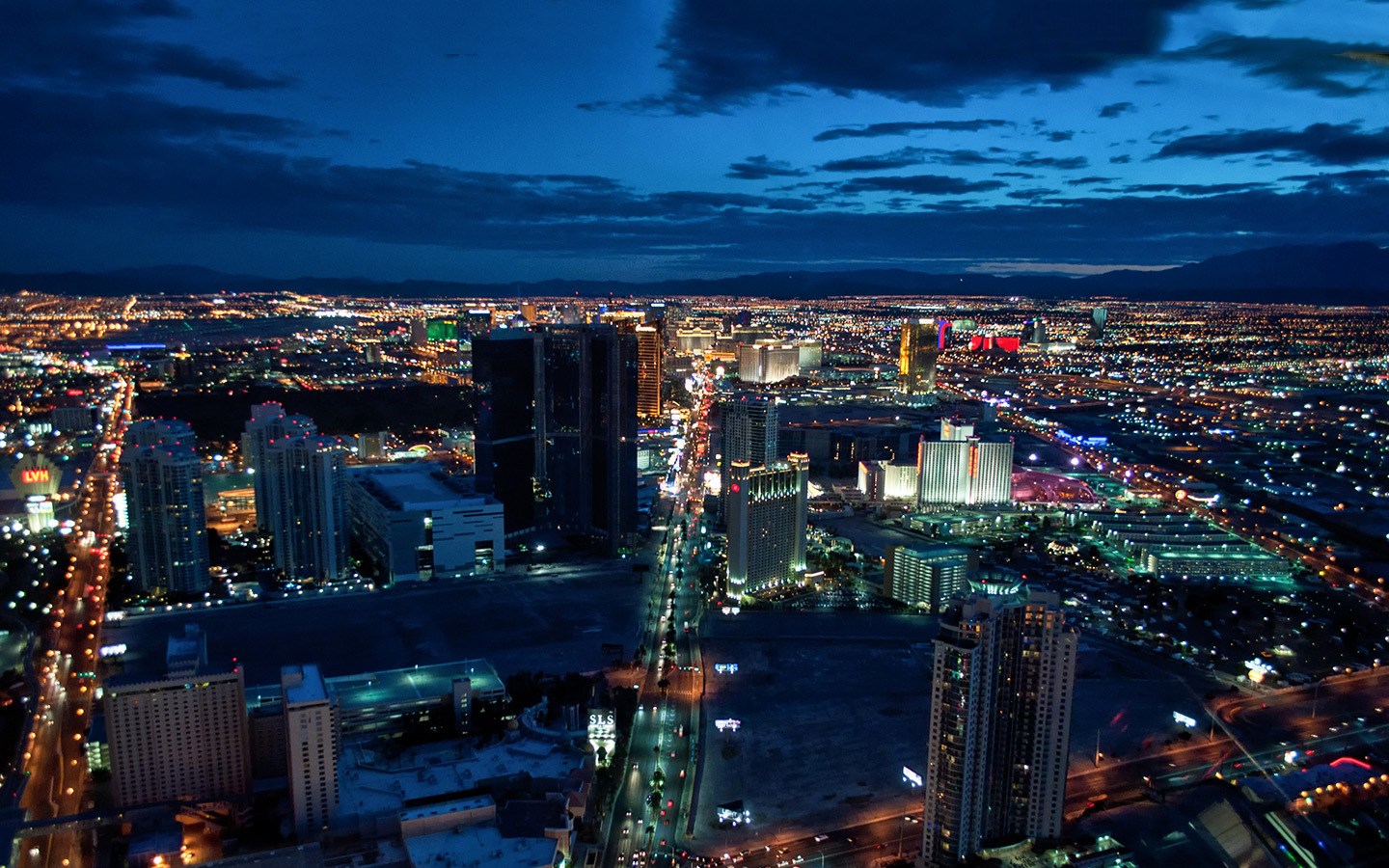 Las Vegas probably isn’t most people’s idea of a budget destination. Even if you’re not blowing your cash gambling on the casino floor, you could easily spend up a fortune in the city’s five-star hotels, A-list nightclubs, Michelin-starred restaurants and designer boutiques. But you don’t need to rob a casino – Ocean’s Eleven style – to enjoy a trip to Las Vegas. Sin City is still doable if you’re watching the budget. So here are my top tips for making the most of Las Vegas on a budget by saving money on entertainment, transport, food, nightlife and more.

Things to do in Las Vegas on a budget

You can easily keep yourself entertained wandering the Strip – watch the gondoliers at the Venetian, walk across the Brooklyn Bridge at New York New York, see the pyramids at the Luxor, visit the botanical gardens at the Bellagio, check out the vintage neon casino signs on Fremont Street in Old Vegas, or pose by the Las Vegas sign (south of Mandalay Bay on the Strip).

There are also free attractions inside the casinos. The Westgate Las Vegas Resort & Casino has a bronze statue of Elvis in their lobby you can visit and take photos with. The Flamingo has a Wildlife Habitat, which is home to flamingos and other exotic birds, fish and turtles in 15 acres of gardens. The Silverton Casino has a huge tropical aquarium, complete with tropical fish and swimming mermaids. And the Cosmopolitan has its own modern art collection. Away from the casinos, the Las Vegas Pinball Hall of Fame is free to enter and you just pay 25-50¢ per game.

If you’re in the city on the first Friday of the month, Downtown Las Vegas’ art district hosts a First Friday event. Over 100 local artists display and sell their work on the streets and there’s also live music, street performers, food carts and art lessons for kids. The event runs from 6pm-11pm and there’s parking nearby plus a shuttle bus service connecting it to Fremont Street.

If you plan to do a lot of paid attractions, it might be worth investing in a city pass. The Las Vegas Pass costs $257 for two days up to $499 for five days and covers over 60 attractions, including Siegfried & Roy’s Secret Garden, the Mob Museum, the Stratosphere observation deck, Voodoo zip line, High Roller wheel and Madame Tussauds. It also includes trips out of Vegas to the Hoover Dam, Grand Canyon West and a cruise on Lake Mead.

Las Vegas is famous for its shows, whether that’s Cirque du Soleil or big-name music performers like Britney Spears. Advance tickets can set you back hundreds of dollars, but you can pick up discounted tickets from one of the nine Tix4Tonight outlets which are spread along the Strip and through downtown. They only sell tickets for performances which are happening that day, so you don’t know what will be available, but you can save up to half price on the face value. Get in there when they open at 10am for the biggest selection of tickets.

Or check out some of the free shows at the casinos. The most famous is the Bellagio Fountains with over a thousand fountains choreographed to music. The show takes place every 15 mins from 8pm-midnight (7pm-midnight on Sundays) and every 30 mins during the afternoons.

There’s also the volcano outside the Mirage which erupts on the hour from 6pm to 11pm. And there’s a free circus show with acrobats and clowns every hour from 11.30am-11.15pm (and sometimes later at weekends) at Circus Circus. Downtown at the Fremont Street Experience you can watch the free Viva Vision light and music show every hour on the hour from 6pm-8pm (depending on season) until midnight and there are often live bands playing. There are also live dueling piano shows every night in bars at Harrah’s, Paris and New York New York.

When it comes to saving money on club entry, it’s much easier if you’re a woman. You’ll often be handed out discount flyers on the street or approached by club promoters who can get your name on the guest list. You usually need to get there by 9pm though, but can often get your hand stamped so you can go out and come back in later. Otherwise you can skip the queue and sometimes get a discount if you’re staying at the casino the club is in. Or you can get free entry when you eat at an attached restaurant, like Tao at the Venetian.

The city’s tallest point is the Stratosphere tower’s observation deck. Entry costs $25 per person – or half price if you’re staying at the Stratosphere – with discount packages if you want to do any of the crazy rides at the top while you’re up there. For a more central viewpoint head to the top of Paris Las Vegas’ half-sized replica Eiffel Tower. It costs $18 during the daytime (from 10am t0 7pm) or $22 at night (7pm-1am), with free admission on your birthday (bring photo ID).

The city’s newest viewpoint is the High Roller ferris wheel at the LINQ shopping and entertainment district. At 550 feet tall it’s the world’s tallest ferris wheel, taking 30 minutes to do a full rotation. You can save by buying online in advance, with tickets costing $22 in the daytime or $32 at night, or you can do a ‘Happy Half Hour’ with an open bar for $35 before 7pm.

There are also great views for the price of a drink at Las Vegas’ high-rise bars. There are bars at the top of the Stratosphere and Paris’ Eiffel Tower, or try the Skyfall Lounge at the Delano Mandalay Bay (open 5pm-12am or 1am on weekends), the Apex Social Club at the Palms (open 8pm-4am from Thursdays to Sundays) and the VooDoo rooftop nightclub at the Rio (open 8pm-2am or 3am on weekends, no cover charge before 10pm, after which it costs $10 women/$20 men or $20 women/$30 men on Fridays and Saturdays).

For cheaper dining, head to restaurants which are off the Strip or downtown. You can also find good-value pre-theatre menus if you’re happy to eat early in the evening. There are often restaurant discount coupons in the booklets you can pick up in hotel rooms or cabs, or you can buy budget meal deals from places like Tix4Tonight (see above) or Groupon.

If you’re hungry, a casino buffet is good value. They’re usually cheaper for brunch or lunch rather than dinner and you can often upgrade to unlimited drinks. Or if you’re really hungry try the Buffet of Buffets, a $69.99 pass ($79.99 on Fridays and Saturdays) with 24 hours unlimited access to the buffets at five casinos (Paris, Caesars Palace, the Flamingo, Harrah’s and the Rio) – and you can save $10 if you sign up for the Caesars Rewards loyalty programme.

Bottled water and snacks are expensive at casino shops, so head to a supermarket to stock up – there’s a Walgreens near Planet Hollywood and a CVS near Monte Carlo. They also sell alcohol so you can have a few drinks before going out (or on the street thanks to Vegas’ liberal liquor laws).

You can get free drinks on the casino floor if you’re gambling – though stick to low-value games if you want to actually save money doing this and make sure to tip your waitress well to keep the free drinks coming. Also check out the Las Vegas Happy Hour website for details of the happy hours across town where you can get discounted food and drinks.

The Strip is surprisingly close to Las Vegas’ McCarran International Airport, but the heavy traffic means that taxis can be expensive. The cheaper option is to take an airport shuttle minibus which will drop you off at your hotel. There are several different companies but they all leave from just outside the airport’s baggage reclaim and charge around $10 each way.

It’s easy to get around the Strip on foot, but distances are bigger than they look. If you need a rest, hop on the Deuce. These double-decker buses run up the Strip to Fremont Street 24 hours a day, up to every 15 minutes. They cost $6 for 2 hours, $8 for 24 hours or $20 for three days.

There’s also the Las Vegas Monorail which runs along a 3.9-mile route from the SLS station (near the Stratosphere) to the MGM Grand station. Tickets cost $5 per ride or better value is the 24-hour pass for $13. There are also three smaller free monorail trams which run from the Mirage to Treasure Island, Bellagio to Monte Carlo and Mandalay Bay to Excalibur.

So those are my tips for seeing Las Vegas on a budget – do you know of any more Vegas bargains or have any money-saving tips?

Looking for somewhere to stay in Las Vegas? 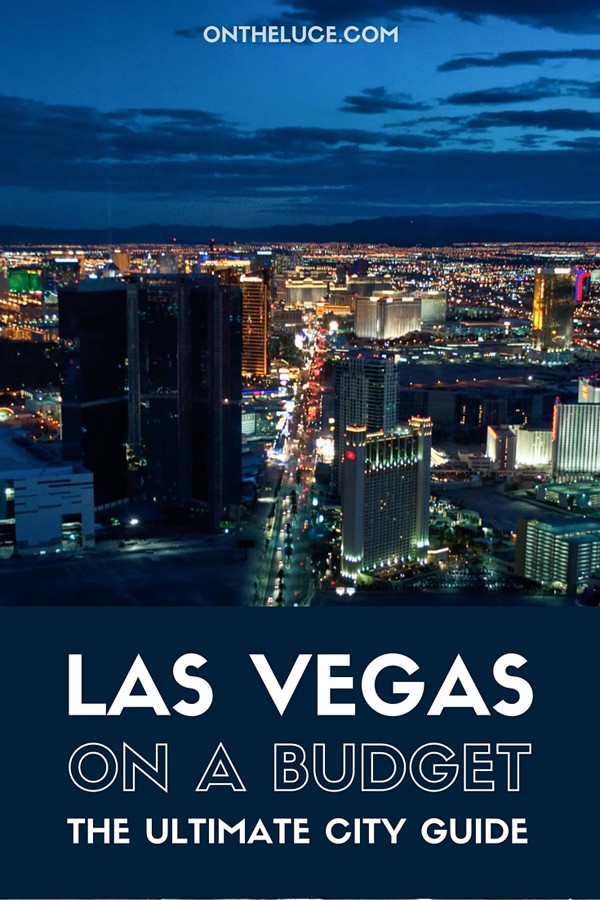 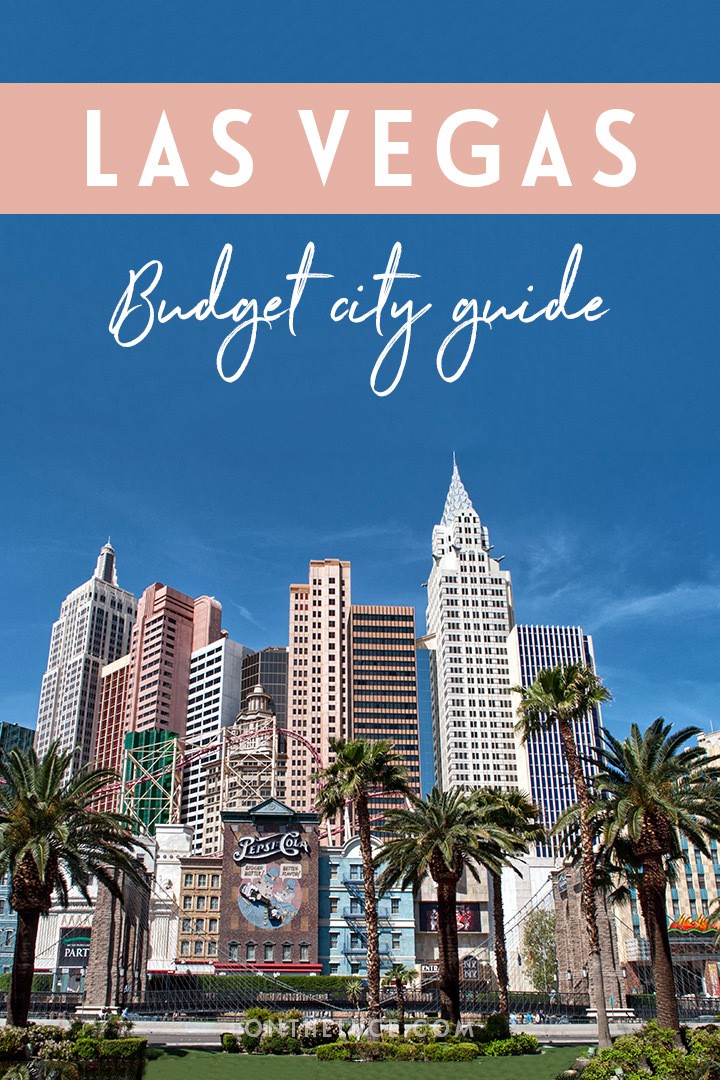 This article contains affiliate links, where I get a small commission at no extra cost to you, thanks.