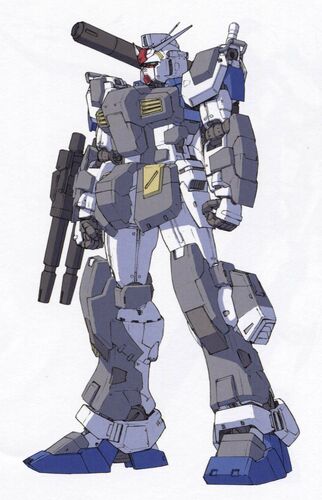 The GP01 was built on diverse technologies pioneered by the One class War-Era RX-78 ( Gundam ), and incorporates advances in many of these concepts and technologies. While the RX-78 was highly adaptable owing to its high performance, the GP01 is designed to utilize changes in equipment to adapt to different situations. The advantage of this concept means that the GP01 can adapt to meet the needs of deployment environments or specific customer requirements. Unlike the RX-78 project where monetary value was ‘of no concern ‘, the GP01 was designed to seek a naturalistic remainder between production model and test model. Though the GP01 itself is designed to be configured to a variety show of mission types and duties, there was besides an extra first step to add external parts to greatly increase the defensive capability of the Mobile Suit. This inaugural had its genesis as an better version of the RX-78 ‘s FSWS ( Full armor System and Weapons System ) plan, creating the ‘Full Armor Zephyranthes ‘. Though the RX-78 ‘s FSWS organization remained a system tested in simulations ( with some rumors stating that an actual test version was deployed ), the idea of completely covering the outside in a out armor shell proved unmanageable, as it was found challenging to create a shell with adequate lastingness and intensity for virtual consumption.

Because there was not a realistic direction to attach the external parts to the body of the Mobile Suit, the external equipment parts would cause uneven stress loads on each early, so it was judged to be quicker and move effective to wholly change the external armor parts, rather than using addition parts. however, in the case of the GP01, it was designed to accept external additions from the beginning, so when attaching external frame parts, they can be attached directly to the body of the Mobile Suit, and be connected to the inner inning using analogue latches that extend through slits in the armor panels. This allows the Full Armor arrangement, in accession to other option parts, to be attached as the situation demands .

A pair of shell-firing armament built into the head. Low offensive power, only used to restrict enemy movement, and lay down a wall of suppressive fire due to their rapid fire capability.

A beam weapon for close combat. It is a small device held in the mobile suit’s hands when operated and is powered by a rechargeable energy capacitor. It emits a blade of plasma contained by an I-Field and can cut through any armor not treated with anti-beam coating. One beam saber is stored on the left side of the backpack.

One unit is equipped on the right side of the backpack.

A beam weapon attached to the right forearm. It uses the latest technology, the E-pack system. By replacing the E-pack, the total number of shots that can be fired is improved compared to the built-in energy CAP system.

The GP01 features a core block system which allows the cockpit and main engines to eject in the form of a fighter plane, preserving the pilot’s life and vital combat data.

The GP01 FSWS inaugural was scheduled to test stage mounted levitate units that would belated become standard equipment on many Mobile Suits, the hover units finally ended up being tested individually, and while they finally were realized on other Mobile Suits, the Full Armor arrangement would be scrapped along with the premature cancellation of the GP01 project, and thus the hover units were never utilized by the GP01 .