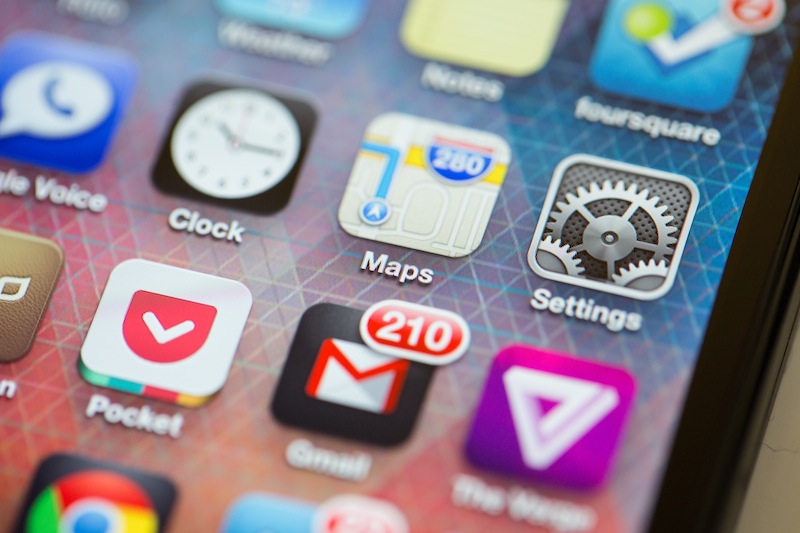 There ‘s a lot to be said about the latest version of io award in the new iPhone ( and present in the old iPhone, and the iPad ) — and we ‘ve actually got a full moon review of the software itself. still, I have some personal thoughts on the older pieces of the smokestack, adenine well as fresh additions Apple has added to the desegregate. The new io is everything you would expect. Clean, bare, fast, and easily to understand. It is the very best that io has ever been. But it ‘s all-important to point out that the gulf between iOS 5 and io 6 is highly narrow for most users. True to form, Apple is making nips and tucks, tweaks, stylistic edits — not reinventing what the oxygen does or how it does it. There are some fantastic new flourishes in the operation arrangement — the kinds of things Apple is known for, such as reflections on your music controls that switch when you tilt the earphone, or the mutate pull-to-refresh animation now present in the Mail app. The company has added some very great little touches, like answer with text when you refuse a call ( present in other phone OSes, but courteous to see here ), and Do not Disturb, which lets you set a prison term window when only the most authoritative people can get through to you. Ah, muteness. overall, though, this is still the same io you know, and all the steps you took to get things done in the last OS, or in io 4, or iOS 3 flush — well those are reasonably much the like besides.

And some of those steps are maddening, or ill thought out. In particular, Apple ‘s implementation of “ unobtrusive ” notifications while you ‘re using the earphone stands out as one the weaker components of the organization. primitively I saw Notification Center as a welcome relief from Apple ‘s pop fly messages and alerts, but the way the company handles these beacons can now be closely ampere annoying as the former version. As I mentioned, rather of utilizing that newly, grandiloquent filmdom to give you notifications removed from areas of the telephone you regularly need to access ( you know, like menus in apps ), the notifications continue to pop down over the upper dowry of the screen. The resultant role is that you feel trapped, waiting for the message to disappear before you can access buttons you need to get to, or forced to swipe to the leave on the message — a hide serve which scurries the dropdown away. elsewhere, Apple is silent making users jump through hoops to perform elementary tasks, like switching to a secret shop window or clearing the cache in Safari. It takes no less than six push button presses and home winder taps to make that happen while browsing. Settings in general are a mess — fantastic when you first set up the phone ( “ hey ! everything is in one place ! ” ) but frustrating former when you have dozens of apps ( “ hey … everything is in one space ” ). Multitasking remains a blacken box, not representing app states and forcing what should be “ always on ” applications like IM clients into a constant state of matter of closure warnings. Twitter wo n’t update in the background ( nor will clients like Tweetbot ), meaning that you ‘re constantly playing catchup with “ realtime ” services. ( Mind you, on Android the Twitter app will load updates in the background, think of that tied if you ‘re disconnected you ‘ll likely have newly subject to view. ) It sounds minor, but when taken as a unharmed and ranch across multiple applications, it makes the OS feel claustrophobic, mysterious, and downright unhelpful at times.

There are besides miss opportunities. Apple has opened social share options up to Twitter and Facebook, which is fantastic, but everyone else is out in the cold. Want to save a file to a Dropbox folder ? Read an article late using Pocket ? Post a picture to Tumblr right from the browser ? Sorry, that ‘s not possible. There may be some hacky bookmarklet to accomplish the tax, but I ca n’t imagine anyone believes that a kludgy tune of JavaScript is the most elegant direction to accomplish those tasks. And by the way, these are things I do every day on my earphone, and things that I know lots of early people do. They may be fringe to Apple ‘s target exploiter, but they are a very share of the market at big. They are the part of the market pushing what smartphones are able of and what they mean to users. Apple besides leaves developers empty-handed on widgets. It provides the minimally utilitarian weather and stock widgets for the notification drawer, but is n’t opening up that space to anyone else. And I must mention this — the fact that the weather icon continues to read 73 degrees and cheery when it is clearly possible to have icons update with at least some data ( see the calendar picture ) is nowadays amusing at best, and sad at worst.

And what about actionable notifications ? Notifications in Jelly Bean can be acted on without having to jump into an app, which is a antic addition to Android. I use them all the prison term. I would have loved to see Apple innovate in this area — particularly considering the fact that io multitasking hush does n’t represent an “ always on ” have. Do n’t get me improper, iOS is a beautiful and well-structured mobile operating system — but it ‘s begun to show its senesce. It feels less utilitarian to me today than it did a copulate of years ago, specially in the face of increasingly sophisticate rival. I always have this sense now in io of not knowing where I am, what my status is — constantly having to load things and reload them. It feels tiring. possibly you ‘ll call me an Android fanboy for saying this, or possibly it ‘s because much of my commercial enterprise use Google apps and its communication tools, but it did n’t take me very long with the iPhone 5 to start thinking about getting second to the Galaxy Nexus and Jelly Bean ( Android 4.1 ). For what I do, I think it ‘s a more effective, more elegant, and more brawny OS right now. What it may lack in polish and consistency, it makes up for in might and flexibility.